The whole thing was started by Roelof by generously offering a van from his company with a fuel card. As I spend most of my time outside Budapest, it was Anna, with contacts to Migration Aid, who booked me in for a trip. As the Keleti Railway Station base of Migration is to be emptied, the volunteers decided to take the supplies either to Tovarnik, a border town on the Serbian-Croatian border, or Beli Manastir on the Croatian-Hungarian frontier. Please see the map. 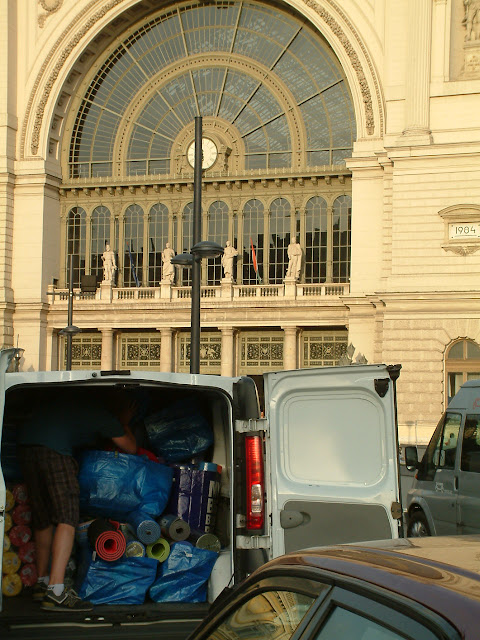 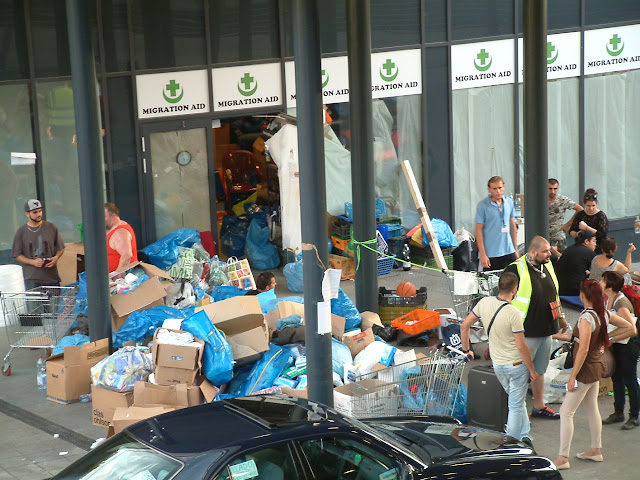 The loading was finished by 6.30, but it was not until 8.00 that we could depart. The reason for this was the information, or, rather, the lack of it. The best word to describe the present refugee crisis is “chaotic”. We received all kinds on information all afternoon and it was the leader, Málna's job to make a decision. She was an energetic young woman who had a contact everywhere. After the closure of the Hungarian-Serbian crossing point at Horgos-Röszke and the violent clash between Hungarian police with the refugees, the flow of the people turned in the direction of Croatia earlier this week. This caused the accumulation of people at the Serbian-Croatian border crossing point of Tovarnik. From there they are bussed by the Croatian authorities to various Hungarian crossing points: Beli Manastir, Letenye and Gyékényes. We also received reports of people taken by train to Magyarbóly. After endless rounds of phonecalls, we decided to head for Magyarbóly, but we were later redirected to Tovarnik. A Spanish volunteer, Pablo came to ride with me.  We arrived in Tovarnik after   midnight and found a heartbreaking sight: hundreds and hundreds of people lying on the tarred road leading to the railway station, guarded by Croatian police. Every now and then they were joined by another group of new arrivals escorted by a policeman. Weary, deadly exhausted people, with many fathers kneeling, trying to rock their little ones. We heard the sound of children crying from everywhere. People were lying on towels and covered themselves with their jackets. We loaded our water and bread into big carrier bags and went around and handed them out. All we heard was a faint, humble “thank you”. After several rounds we loaded ourselves with blankets, walked out, handing out blankets and covering up those sleeping. I was deeply moved by the meek, thankful look in the eyes of the people, the husbands, who always passed the bread and the water to their wives first. There was a quiet gallantry about them... 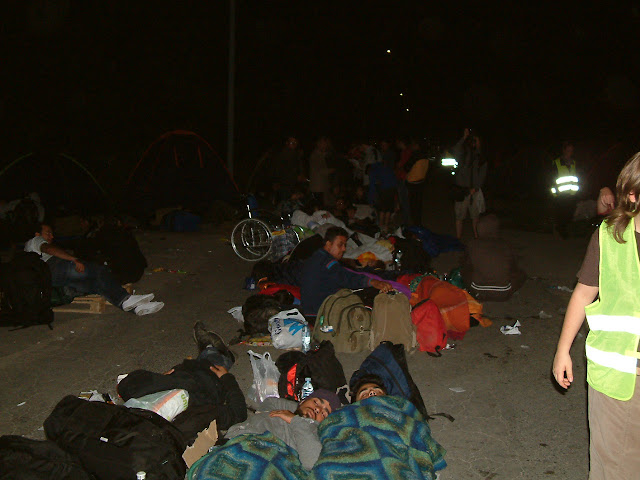 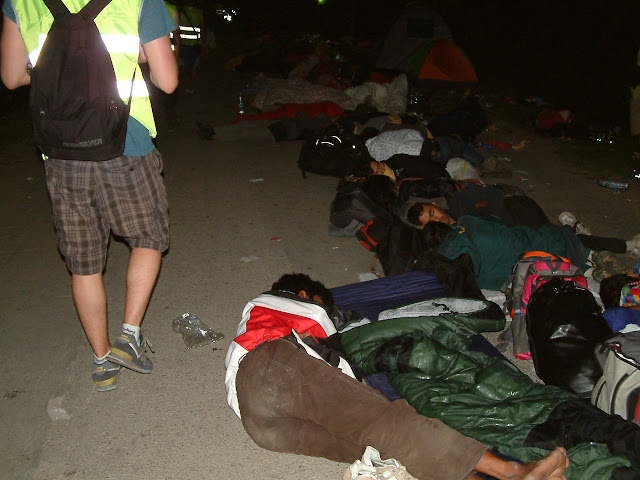 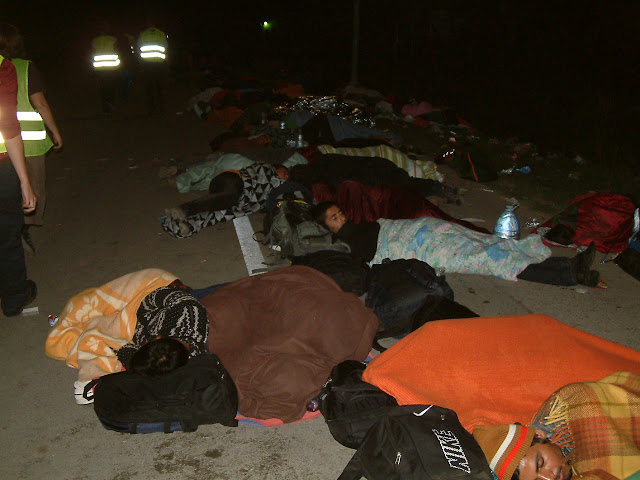 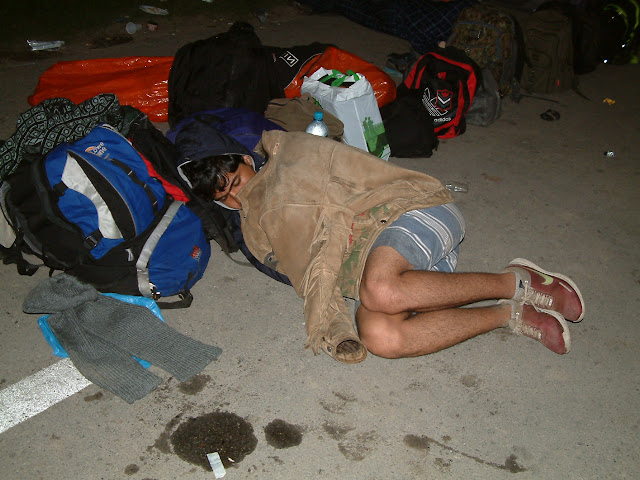 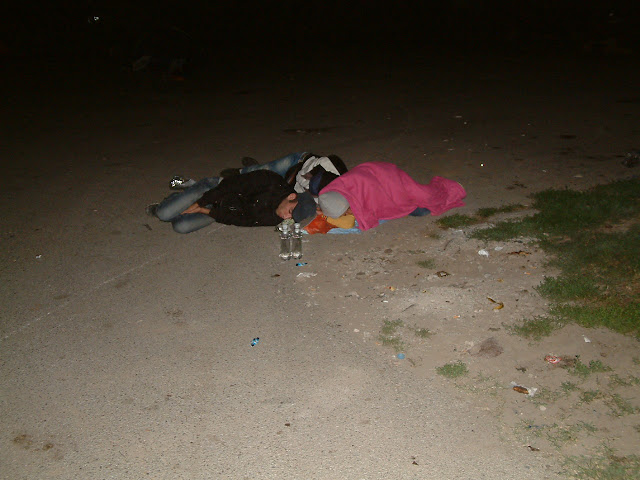 We also managed to get through to the railway station where we found another large group people: sleeping bodies covered the platforms and the tracks. 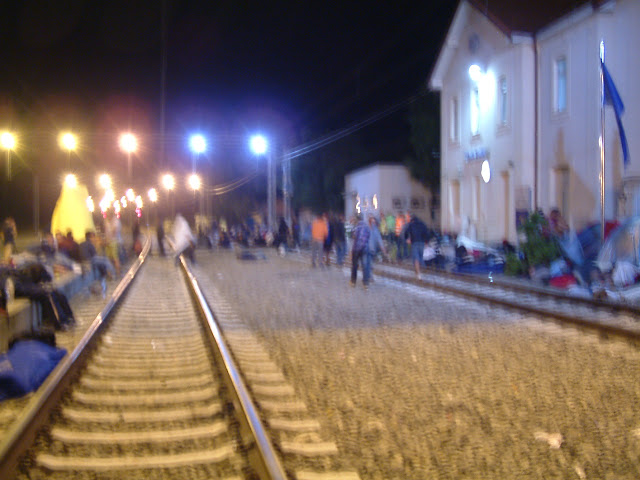 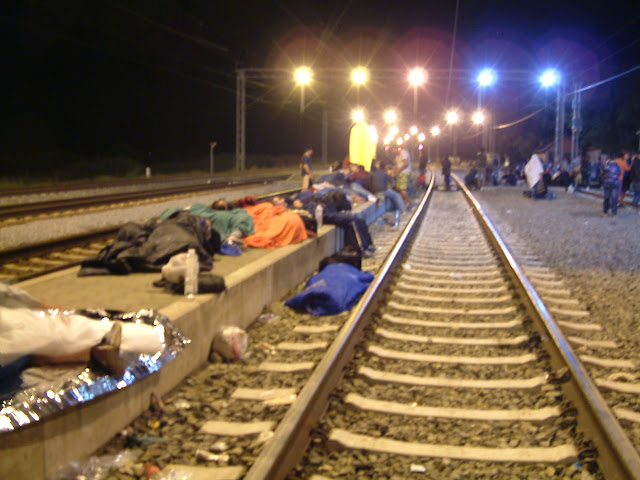 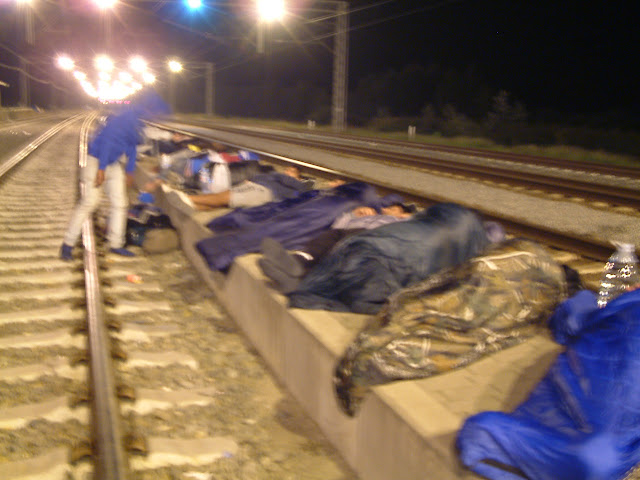 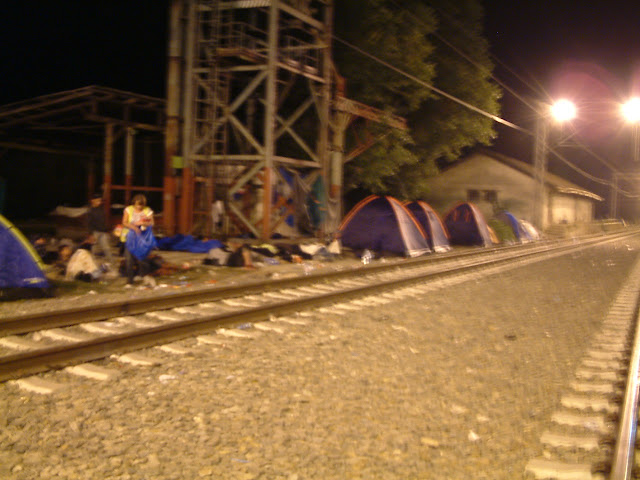 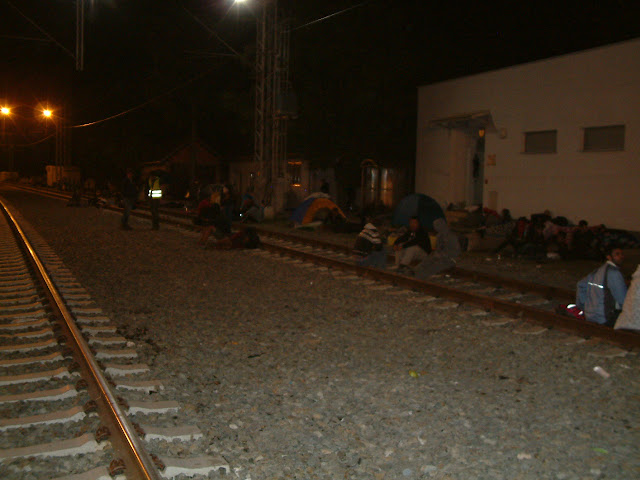 When running out of supplies, we always tried to give blankets to small children first. Then we heard the man from under the tree, laughing, trying to cry like an infant: “I am a baby!”

At around 3 AM I bumped into Steve Johnson from Danube Church. Quite an unlikely place and time to chance upon a friend.
At 4 o’clock in the morning about ten buses arrived and the police lined the people up and made them board the buses by twos. They stood meekly and humbly, waiting for their turn. Are they really the enemies of our country and culture, that the Hungarian Premier was talking about? It was moving to see a man herding his four wanes and carrying the sleeping fifth one on his shoulder. There was no mother around with them.

There was a “closed group” of 37 people and the Croatian police officers went out of their way to make sure that there is a separate bus for these people. Unlike their Hungarian colleagues, these Croatian officers were quite smiley and warmly welcomed us, volunteers, and their attitude to the refugees was also very civil.
After emptying the rest of our supplies to the storage of a Czech-Polish-German group of volunteers, we hit the road back to Budapest.

Ten kilometers after Tovarnik we were waved off by two smiling middle age policemen, who saluted, apologized in German for not speaking in English, and asked to see the hold of the van. After making sure the vehicle was empty, they saluted again and gave us a friendly wave of goodbye.
Bejegyezte: Unknown dátum: 12:30